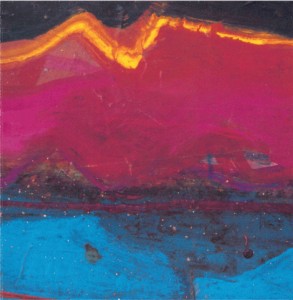 Barbara Rae was born in Falkirk in Stirlingshire and studied at Edinburgh College of Art from 1961 to 1965, where she was awarded a travel scholarship, taking her to work in France and Spain in the later 60s.