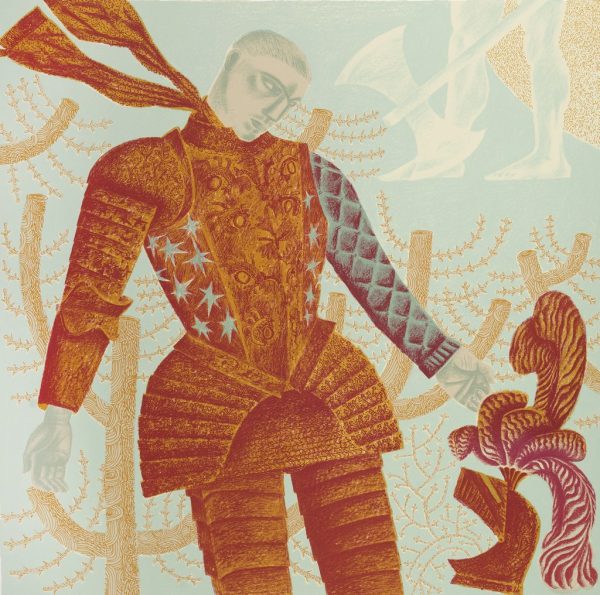 Clive Hicks-Jenkins was born in Newport, south Wales, in 1951. The early part of his career was as a choreographer and theatre director, but since the 1990s he has become well known as a painter. He has been praised by critics in The Independent, Modern Painters and Art Review. Simon Callow has called him ‘one of the most individual and complete artists of our time’ and Nicholas Usherwood in Galleries has described his work as ‘reflective, expressive painting of the highest order’.

He shows regularly with the Martin Tinney Gallery in Cardiff and Anglesey, and has had solo exhibitions at Christ Church Picture Gallery in Oxford, The Museum of Modern Art Wales, Newport Museum & Art Gallery, Anthony Hepworth Fine Art, Brecknock Museum, the National Library of Wales and Aberyswyth Arts Centre.

His paintings, prints and artists’ books are in numerous public collections, including the National Museum of Wales, the Glynn Vivian Art Gallery, the Museum of Modern Art Wales, the Contemporary Art Society for Wales, Llandaff Cathedral, Pallant House Gallery and the Methodist Church Collection of Modern Art, as well as private collections and libraries around the world. He is a Royal Cambrian Academician and an Honorary Fellow of Aberystwyth University School of Art.