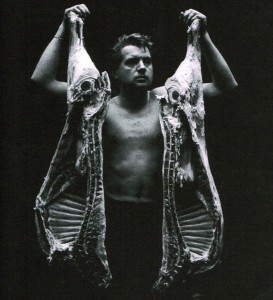 One of the most individual, powerful and disturbing artists of the period following World War II, he took the human figure as his subject at a time when art was dominated by abstract styles, and he was also one of the first to depict overtly homosexual themes. Though largely self-taught, he was widely read and of great independence of mind. His subject-matter and procedures of painting are too personal to be imitated with any real success by other artists, but in Britain and further afield he remains a towering example to those dedicated to the depiction of the human figure.