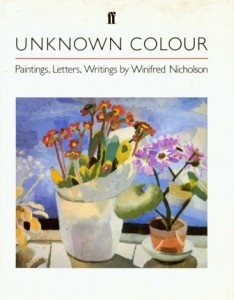 Born in Oxford, Nicholson attended the Byam Shaw School of Art in London, later going on to study art in Paris, Italy, India and the Hebrides. She participated in extensive mixed exhibitions throughout her life, initially as Winifred Roberts, her maiden name. In 1920 she married the painter Ben Nicholson and had her first one-man show at the Mayor Gallery as Winifred Nicholson in 1925.

Nicholson was primarily a painter of flowers and landscapes but later her works were concerned more with prismatic colour experiments.