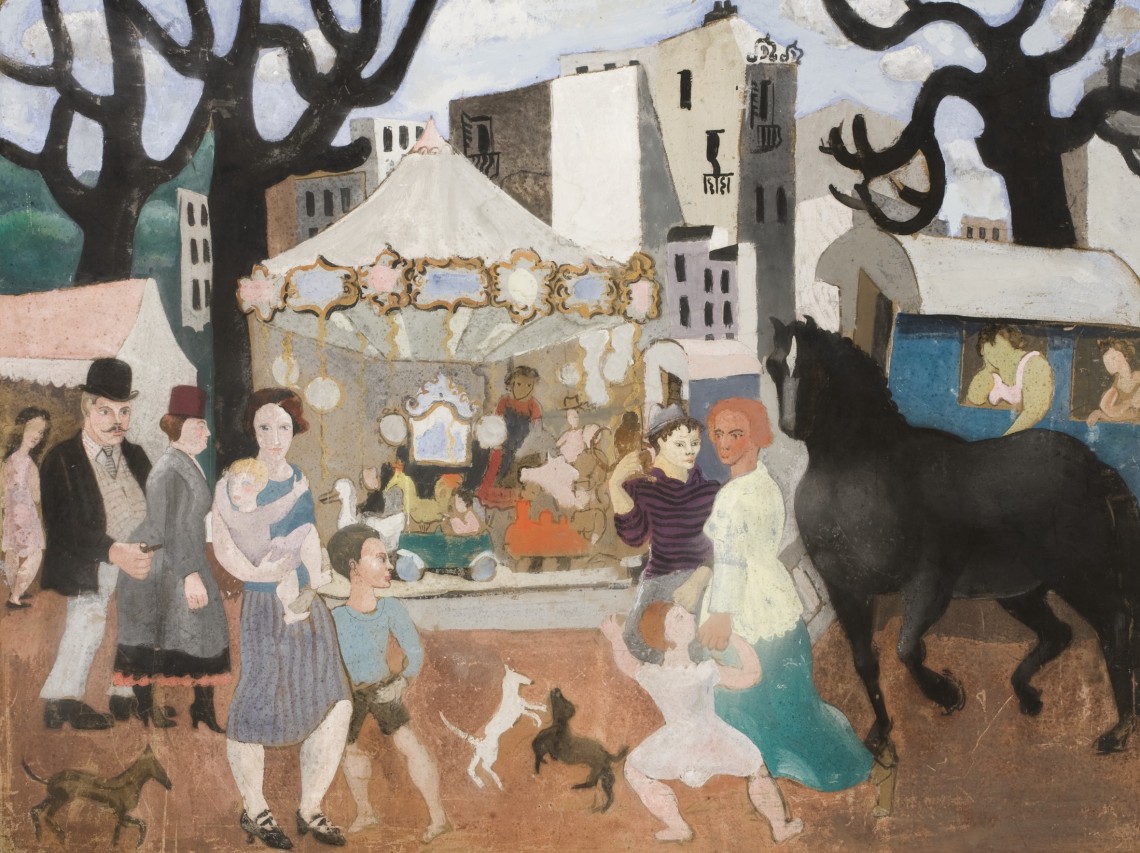 This major summer exhibition is the first in over 35 years to provide a comprehensive overview of the career of British artist Christopher Wood. It explores the life and art of a turbulent young painter as he navigated a path between the representational painting of the 1920s and the new style of abstraction of the following decade. Along with Ben and Winifred Nicholson Wood developed a self-consciously unsophisticated style inspired in part by the untrained Cornish artist Alfred Wallis. However his understanding of naïve art was also uniquely influenced by his early exposure to the work of modernists in France such as Pablo Picasso, Paul Cezanne and Vincent Van Gogh, who all drew upon Non-Western art and so-called ‘primitive’ cultures. His addiction to opium, encouraged by his friendship with the writer and artist Jean Cocteau doubtlessly, fed into the direct and visionary quality of his later paintings.

The exhibition of over 80 works celebrates the magnitude of Wood’s achievement during the ten years before his untimely death in 1930, aged just 29. Including paintings, set designs and drawings created on both sides of the channel, it also explores Wood’s immense personal struggle as he juggled the conflict between the reserved sensibility of his English heritage and the hedonism of the Parisian avant-garde.

The exhibition is being organised to coincide with the publication of a fully illustrated monograph by Katy Norris. Order it here