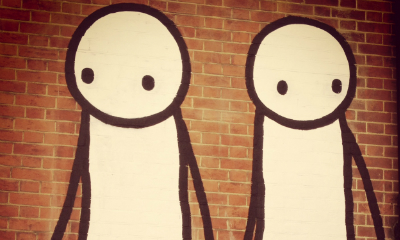 The first ever Street Art Festival was held in Chichester from 2nd to 6th May 2013.

Organised by Street Art London the festival brings together a number of internationally renowned street artists to create a number of murals and installations around the city. The organisation works alongside street and graffiti artists across the world to create links with the public through talks, exhibitions and festivals.

Stik, one of the artists contributing this year is seen as one of London’s most influential new street artists. The Stick like figures he creates are now highly sought after with celebrity followers including Sir Elton John, Bono and Tinie Tempah following a break creating artwork for last years Q awards.