We have temporarily suspended online orders due to the current coronavirus situation. Please feel free to view our products in the meantime—will be back up and running soon. Dismiss 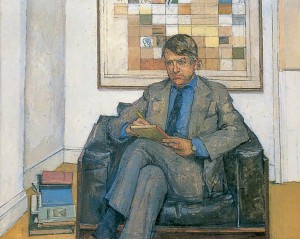 English architect, teacher and writer. Colin St John Wilson was educated at Corpus Christi College, University of Cambridge (MA 1942), and then, after service in World War II, he studied at the Bartlett School of Architecture, University of London (1946–9). In 1950 he joined the London County Council Architects’ Department, where he worked in the Housing Division, first under Robert Matthew and then under Leslie Martin; at this time the LCC was among the pioneers of responsible, modernist public authority housing under the impetus of post-war enthusiasm for the Welfare State. Wilson left the LCC in 1955 to take up a lectureship at the School of Architecture, University of Cambridge, and he set up in private practice there. He designed the influential exhibition This is Tomorrow (1956), staged at the Whitechapel Art Gallery, London, the other participants including Alison and Peter Smithson, members of the Independent Group at the Institute of Contemporary Arts, London, of which Wilson was also a member. He also designed several distinguished small houses in and around Cambridge, for example two houses (1961–4) in Grantchester Road and the Cornford House (1965–9), Madingley Road, the brick and timber construction of which is a variation of the vernacular.