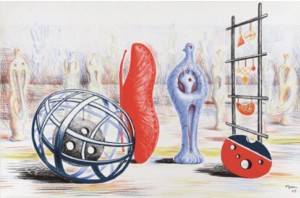 English sculptor, draughtsman and printmaker. Generally acknowledged as the most important British sculptor of the 20th century, he took the human figure as his central subject-matter throughout his career. Although he witnessed revolutionary stylistic changes and the emergence of new sculptural materials during his working life, he borrowed from diverse cultural traditions and artists in order to give his work a profound resonance with the art of the past. His female figures, echoing the forms of mountains, valleys, cliffs and caves, extended and enriched the landscape tradition, which he embraced as part of his English artistic heritage.