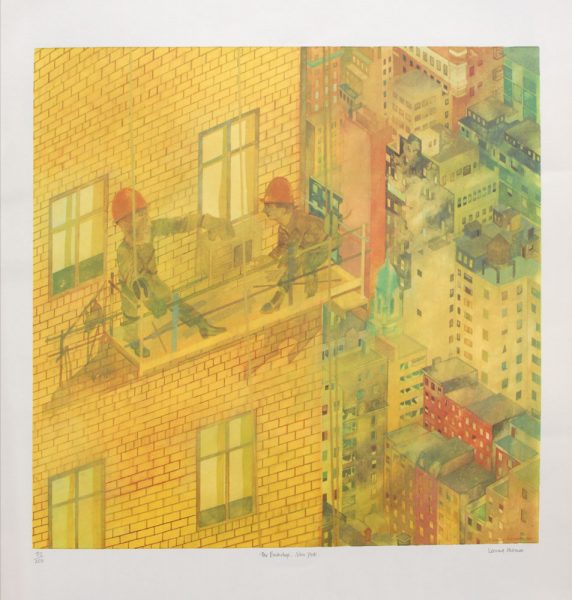 Leonard Rosoman (1913-2012) was a British artist best known for his work during the Second World War and for his later murals. Upon completing part of his training at the Royal Academy schools in 1935-6, his big break as an artist came a year later with a commission to illustrate a children’s book by the scientist JBS Haldane. With the advent of the war, Rosoman joined the Auxiliary Fire Service, producing paintings based on his experiences as a fire-fighter during the Blitz. Further commissions followed from the War Office to document naval activities in the Far East. He returned to Britain with major teaching positions and commissions, including the ceiling of the chapel at Lambeth Palace. He was elected RA in 1969 and OBE in 1981.