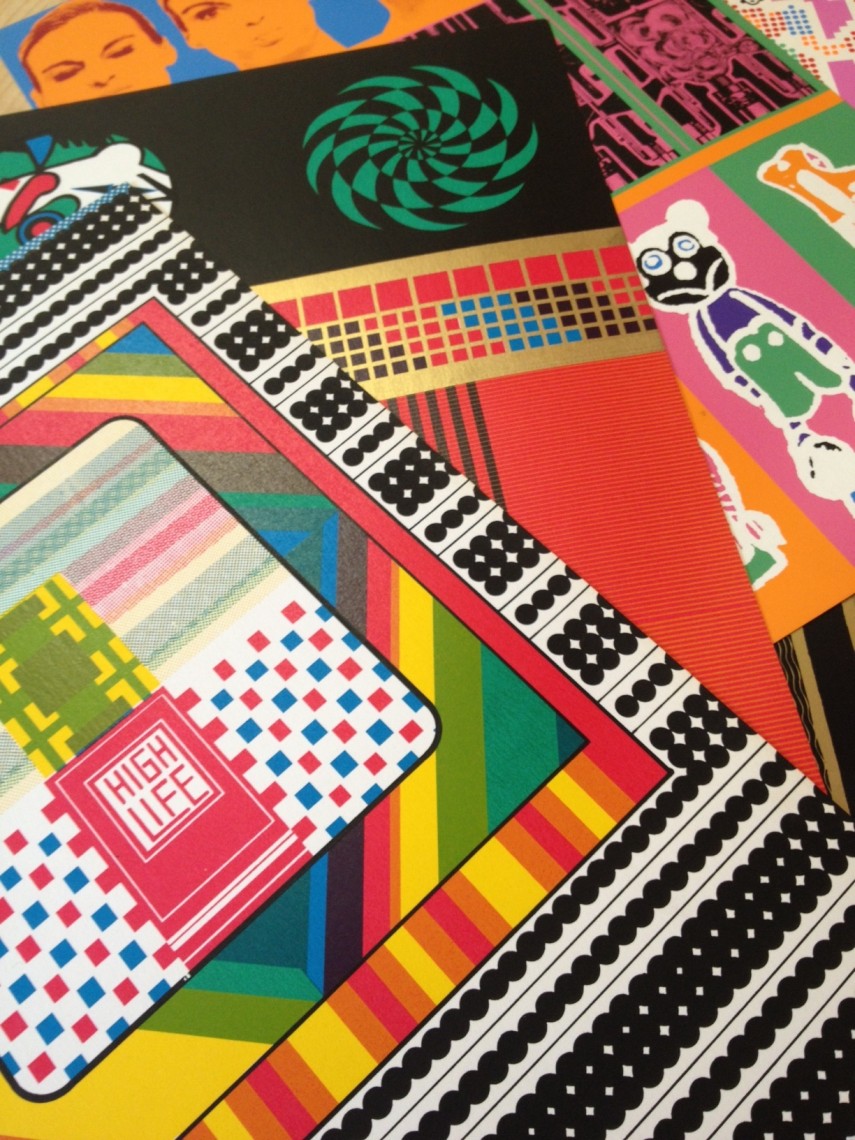 Sir Eduardo Paolozzi KBE RA was born 7 March 1924 in Edinburgh, Scotland. He was the eldest son of Italian immigrants. Paolozzi studied at the Edinburgh College of Art in 1943, briefly at the St Martin’s School of Art in 1944, and then at the Slade School of Fine Art at University College London from 1944 to 1947, after which he worked in Paris, France. While in Paris from 1947–1949, Paolozzi became acquainted with Alberto Giacometti, Jean Arp, Constantin Brâncuşi, Georges Braque, and Fernand Léger. This period became an important influence for his later work.  The influence of Giacometti and many of the original Surrealists he met in Paris can be felt in the group of lost-wax sculptures made by Paolozzi in the mid-1950s.

After Paris, he moved back to London and established his studio in Chelsea. The studio was a workshop filled with hundreds of found objects, models, sculptures, materials, tools, toys and stacks of books. Paolozzi would use a variety of objects and materials in his work, particularly in his collages. In 1955, he moved with his family to the village of Thorpe-le-Soken in Essex. Together with Nigel Henderson he established Hammer Prints Limited, a design company producing wallpapers, textiles and ceramics that were initially manufactured at Landermere Wharf. Paolozzi came to public attention in the 1950s by producing a range of striking screenprints and ′Art Brut′ sculpture. Paolozzi was a founder of the Independent Group in 1952, which is regarded as the precursor to the mid-1950s British and late 1950s American Pop Art movements. His seminal 1947 collage I was a Rich Man’s Plaything is considered the earliest standard bearer representing Pop Art. He always described his work as surrealist and, while working in a wide range of media through his career, became more closely associated with sculpture. Paolozzi is recognised for producing largely life-like statuary works of the human form deconstructed in a cubist manner.

Paolozzi’s graphic work of the 1960’s was highly innovative. In a series of works he explored and extended the possibilities and limits of the silkscreen medium. The resulting prints are characterised by pop culture references and technological imagery. These series are; As Is When, Moonstrips Empire News, and Universal Electronic Vacuum to name a few.

In Summer 2013, Pallant House Gallery in Chichester is holding a major retrospective ‘Eduardo Paolozzi: Collaging Culture‘ (6 July -13 October 2013) which features over 100 of the artists works, including sculpture, drawings, textiles, film, ceramics, and paper collage. Pallant House Gallery has an extensive collection of Paolozzi’s work gifted and loaned by the architect Colin St John Wilson who commissioned Paolozzi’s sculpture Newton After Blake for the British Library.