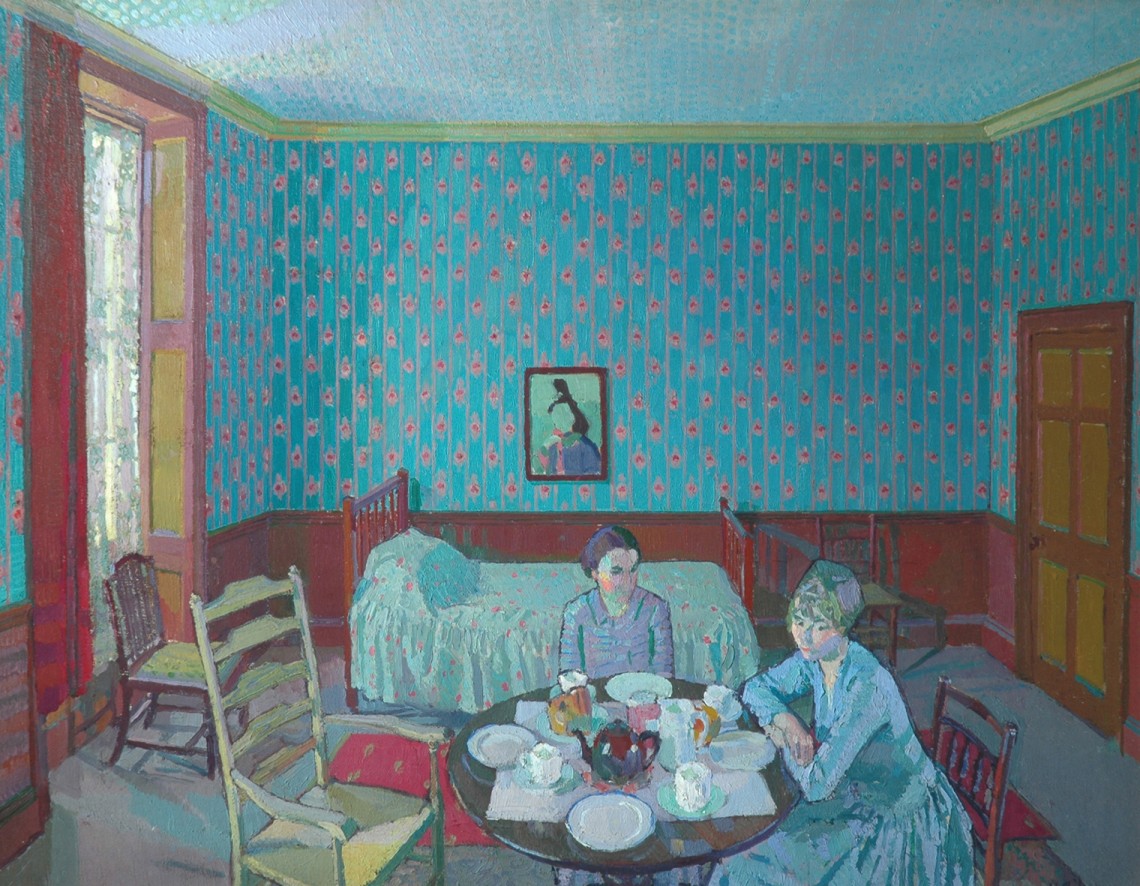 British painter Harold Gilman (1876–1919) broke away from his contemporaries to produce a view of modern urban life in the early 20th century that was entirely distinct. He combined the gritty formality favoured by the Camden Town Group and his mentor Walter Sickert with the vitality of post-impressionism, with its thickly applied paint and vivid colours.

Gilman’s subject matter and manner of painting were unusual bedfellows. His paintings infused scenes of everyday domestic life with a vigour clearly influenced by Vincent van Gogh and Edouard Vuillard. His intimate depictions of domestic interiors captured a moment in time around the First World War when perceptions of gender, class and urban living were rapidly changing.

The exhibition of over 50 works includes several alternative versions and the famous ‘Maple Street’ interiors featuring Gilman’s charlady ‘Mrs. Mounter’. Within these scenes featuring heavily patterned wallpapers and female figures, he captured the essence of his subjects – an approach that led to him being called ‘the Vuillard of London’ and ‘the English intimiste’. The strong sense of development during the artist’s final years can only hint at what might have followed had Gilman not died during the influenza pandemic, aged just 43.

Discover how an artist whose career spanned fewer than 15 years became one of Britain’s most distinguished painters, in the first exhibition of his work in over 35 years.

The exhibition is curated by James Rawlin and Lara Wardle and tours from Djanogly Gallery, Nottingham. It is accompanied by a fully illustrated catalogue.