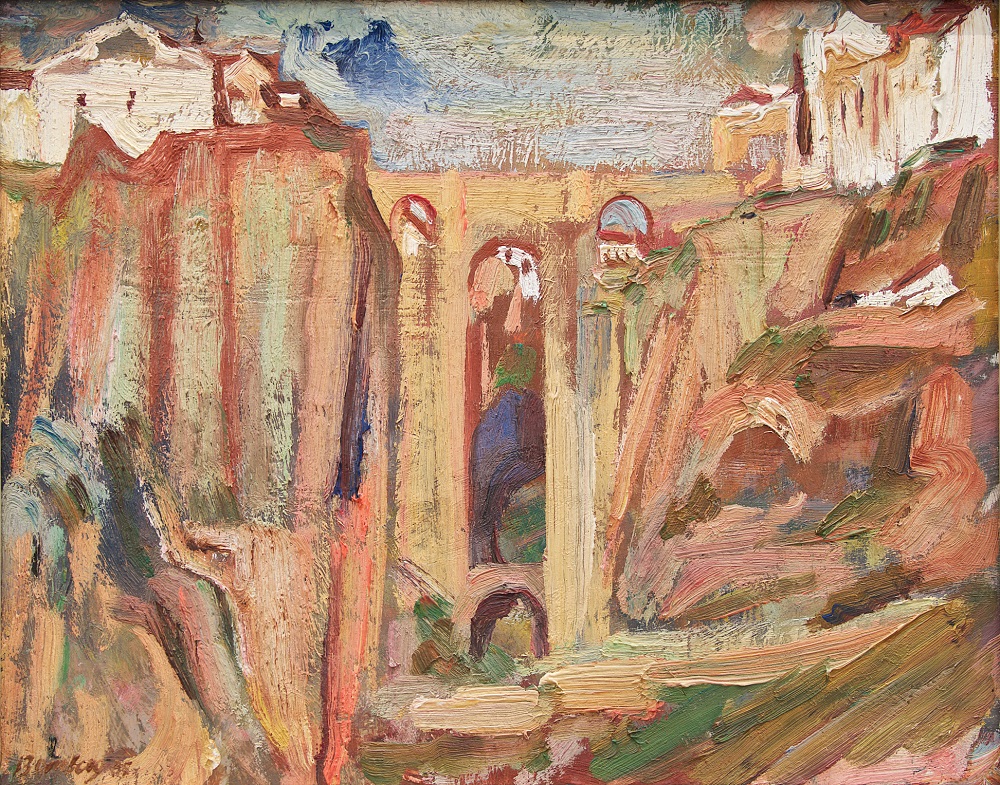 A major review of the life and career of David Bomberg (1890-1957), revered as one of the greatest British artists of the 20th century, marking the 60th anniversary of his death.

Taught by Walter Sickert and part of the Slade School of Art’s golden generation, Bomberg in turn taught artists including Frank Auerbach and Leon Kossoff, and inspired the formation of the Borough Group in 1946. The exhibition explores key themes within the artist’s remarkable career including engagement with his Jewish East End upbringing, his contribution to pre-war British modernism and his role as a war artist in both World Wars, his achievements as a graphic artist and in landscape painting, in particular in Spain and Palestine, and his self portraits and portraits of friends and family.

Curated by Ben Uri Gallery and Museum in association with Pallant House Gallery.