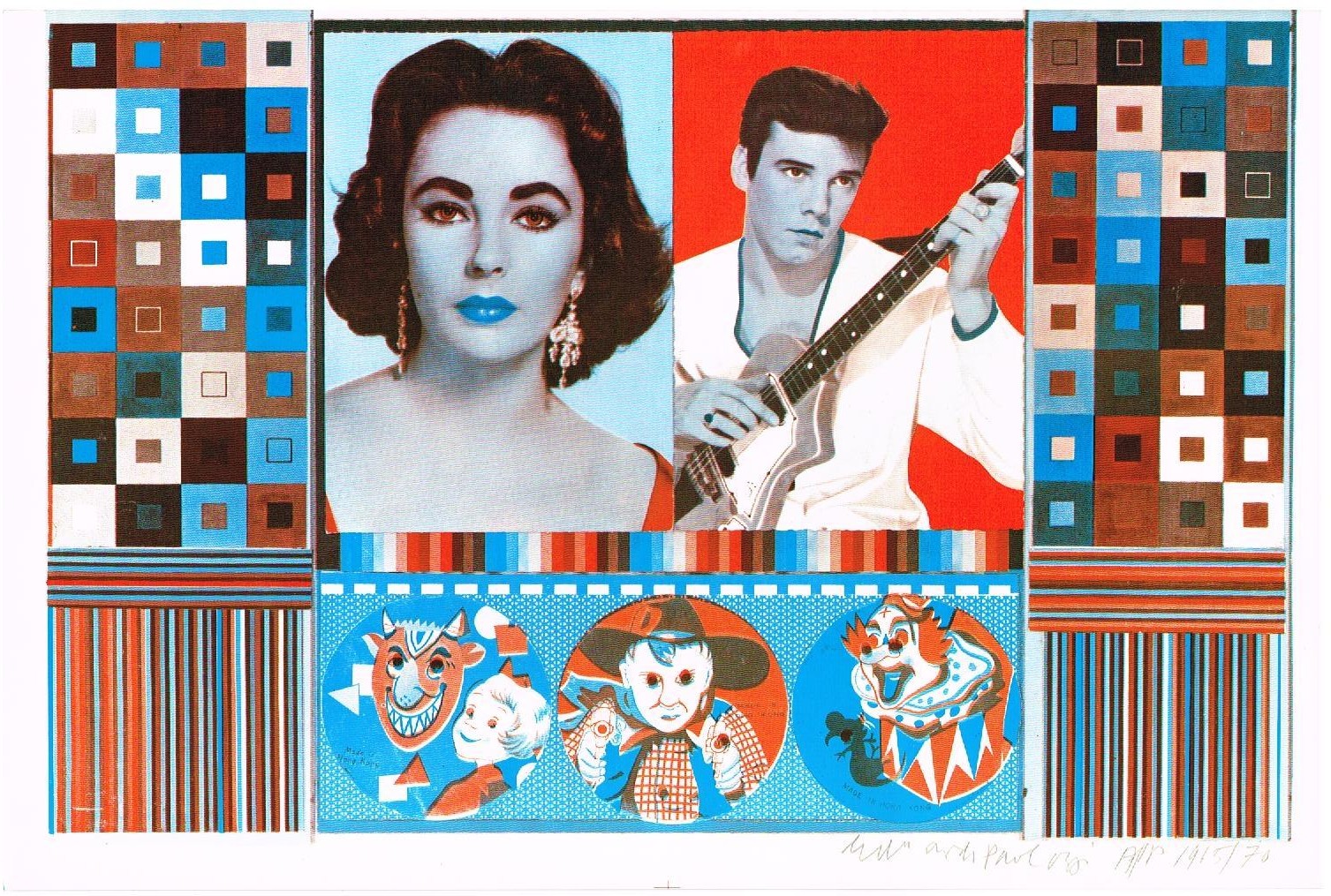 The new major retrospective exhibition, Eduardo Paolozzi: Collaging Culture opened on the 6th July 2013 at Pallant House Gallery. Featuring around 150 works in a variety of media, the exhibition explores the importance of collage as a working process within his career, not only in the traditional sense of paper collage, but also in terms of sculptural assemblage, printmaking and filmmaking.

A large selection of prints, books, plasters and ceramics are available online and instore to coincide with the exhibition. Included are a selection of iconic signed and unsigned prints from Poalozzi’s portfolios, Moonstrips Empire News (1967) and General Dynamic F.U.N (1970). Both rare portfolios were produced by Editions Alecto in small editions and contain screenprints and photolithographs on paper and acetate.

The Silken World of Michelangelo Print by Eduardo Paolozzi

The Gallery has also produced a catalogue to accompany the exhibition written by Simon Martin, Head of Collections and Exhibitions at Pallant House Gallery. Although best-known as a sculptor, Eduardo Paolozzi: Collaging Culture reveals the versatility of Paolozzi’s approach to making art, including printmaking, drawing, textiles, ceramics, jewellery and even the decoration of Tottenham Court Road Underground station.

The catalogue is available for £24.95 at the Pallant House Gallery Bookshop Website.
Visitors to the Gallery benefit from the special instore price of £19.95.